The Electrical Contractors Association of Ontario was founded in 1948 to serve and represent the interests of the electrical contracting industry. Over its history, ECAO has been committed to addressing the needs of the industry by providing a variety of services directly to the membership, and by making representations on behalf of the entire industry to government and industry colleagues. Its success has been due to the support and active participation of the industry.

To create a community of electrical and communications contractors that band together for support and advancement of the electrical/communications industry in Labour, Government and Public Relations.

The ECAO membership consists of bona fide electrical contractors with a contractual relationship with the International Brotherhood of Electrical Workers (IBEW). Contractors that qualify may have their dues paid through an area Electrical Contractors Association (ECA). There are presently 11 Area ECA's which are affiliated with ECAO. Industry product and service suppliers may join as Affiliate Partners and are listed on the Affiliate Partners Directory. Information on membership in ECAO can be found on the Membership page of this website.

To differentiate ECAO contractors and their IBEW partners across Ontario as being industry leaders in delivering safe, stable, predictable, high-quality electrical/communications construction and maintenance services.

In order to pursue the interests of electrical contractors with industry colleagues, ECAO is a member of the following groups:

ECAO is also actively involved in the development of standard practices that are in the best interests of electrical contractors. It is a member of the Ontario Joint Standard Practices Committee, which provides a forum for electrical, mechanical, general and steel contractors, plus architects, engineers and specification writers, to achieve equitable solutions to problems facing various segments of the industry. Over the years, it has produced a number of agreed items.

ECAO also supports the use of Standard Depository Rules in order to protect the sanctity of bids, and is an active member of the Construction Bid Depository of Ontario.

ECAO advocates the interests of electrical contractors to government through the following groups:

ECAO is a founding member of the Council of Ontario Construction Associations (COCA) formed to act as a lobby group on behalf of the entire construction industry to the provincial government. On issues such as workers' compensation and occupational health and safety, ECAO actively works through COCA to represent the interests of electrical contractors.

Throughout its history, ECAO has been involved in the certification of electricians and licensing of contractors. Since the introduction of the Apprenticeship and Tradesmen Qualification Act in 1965, ECAO has represented management on the Provincial Advisory Committee, which advises the Ministry of Training, Colleges and Universities (MTCU).

The responsibility for all labour relations matters rests exclusively with the Electrical Trade Bargaining Agency (ETBA). The ETBA represents and acts as the legal representative of the ECAO in all matters relevant to labour negotiations in the Province of Ontario with those Construction Unions of the International Brotherhood of Electrical Workers that are chartered to represent Electricians, Linemen, Network Cabling Specialists or Communication Cable Installers (the “IBEW Construction Unions”). The ETBA is comprised of volunteer representatives from each area ECA, the ECA Line, and ECAO’s Communications (Green Pages) committee.

From the time of the first negotiations following legislative change until 1990, the IBEW CCO and ECAO negotiating history was as follows:

- 1990 saw the third (3rd) consecutive strike, and it lasted approximately eight (8) weeks.  In fact, this strike required Minister of Labour intervention for resolution.

As a result of the above-referenced bargaining history, and the recognition of the detrimental effects of the way the collective agreement was being negotiated, the ETBA and IBEW CCO committed to design a new system, which became known as the Joint Proposal. The Joint Proposal has been negotiated prior to collective bargaining since 1992.

For more information on the history of provincial bargaining, please read this article.

For more information on the history of ETBA/IBEW bargaining, please read these articles:

ECAO makes available a variety of products and services, including courses, publications and access to group purchase plans (to its members only). For more information about these member services, contact ECAO or consult the Member Services section of the ECAO website. 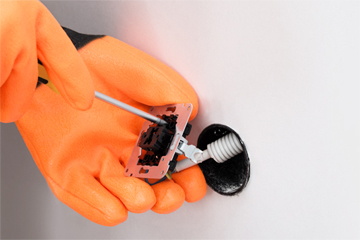 Find a contractor.
Organized by geographical area and each contractor's area(s) of specialization, this directory is a convenient tool you can use to help choose a contractor.
SEARCH NOW 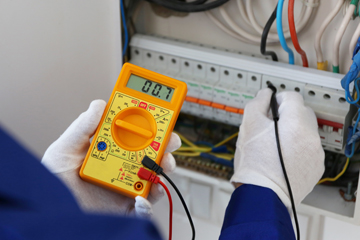